The Soliloquies – St. Augustine of Hippo

The Soliloquies were written by St. Augustine in the 4th-century. The two books contain an “inner dialogue” with questions, answers and thorough discussions, that finally aim to gain self-knowledge. While in the first book the dialogue longs to know a soul, it becomes evident in the second book that it is the author himself who wants to get to know his own. 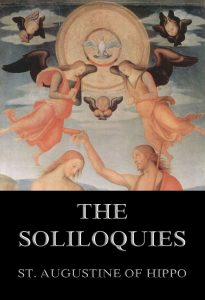