The conception of “The True Story Book” by Mr. Andrew Lang, was an admirable one, for no more fascinating stories of adventure could possibly be devised than some which have been enacted in this work-a-day world. This volume takes the place of Mr. Lang’s annual fairy book, and relates strange episodes from the lives of Prince Charlie, Grace Darling, Benvenuto Cellini, Cervantes, Baron Trenck, Cesare Borgia, Cortes, and many another scapegrace and hero. 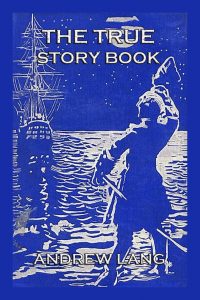