Veiled Mysteries of Egypt and the Religion of Islam

This Western apologist for Islam claims that no writings on Mohammedanism are “more misleading than those of missionaries,” especially those published in recent years. Their writings are said to be cruel and relentless attacks on Islam. This book is a sympathetic study and appreciation of the high ideals and motives of Mohammed and his followers, and consists of four parts: a description of Moslem life in town and village, some reflections and observations in the mosques, a book on the great feasts and festivals, and, finally, the great questions of Islam as interpreted through the Moslems themselves. The book is well written and makes interesting reading, even where those who know Islam can not agree with the author’s conclusions. 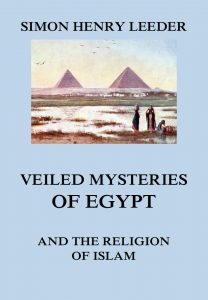 Veiled Mysteries of Egypt and the Religion of Islam

Veiled Mysteries of Egypt and the Religion of Islam.