Knickerbocker’s History Of New York was published in 1809. Nearly forty years later Washington Irving, the real author, says it was his purpose in the history to embody the traditions of New York in an amusing form, to illustrate its local humors, customs and peculiarities in a whimsical narrative, which should help to bind the heart of the native inhabitant to his home. He adds: “In this I have reason to believe I have in some measure succeeded. Before the appearance of my work the popular traditions of our city were unrecorded; the peculiar and racy customs and usages derived from our Dutch Progenitors were unnoticed, or regarded with indifference, or adverted to with a sneer. Now they form a convivial currency, and are brought forward on all occasions; they link our whole community together in good humor and good fellowship; they are the rallying-points of home feeling, the seasoning of our civic festivities, the staple of local tales and local pleasantries; and are so harped upon by our writers of popular fiction that I find myself almost crowded off the legendary ground which I was the first to explore by the host who have followed in my footsteps. 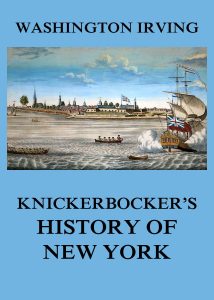